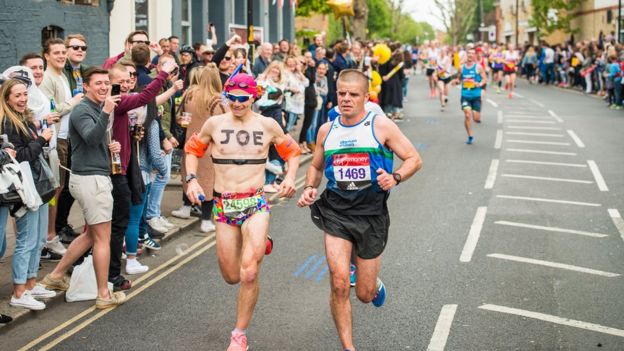 Seasoned marathon runner Joe Spraggins, 28, said running as « a swimmer » last year made the race « 100 times better » because he was in costume.

« I don’t think I’ll ever be able recreate that… it was my greatest race ever, » said Joe, who was raising money for charity.

The London financial analyst said he originally thought of wearing the costume – trunks, a swimming cap, goggles and snorkle on his head and arm bands – as a way to slow himself down

Goal 1: End poverty in all its forms everywhere

Famous Spanish Songs and their parodies