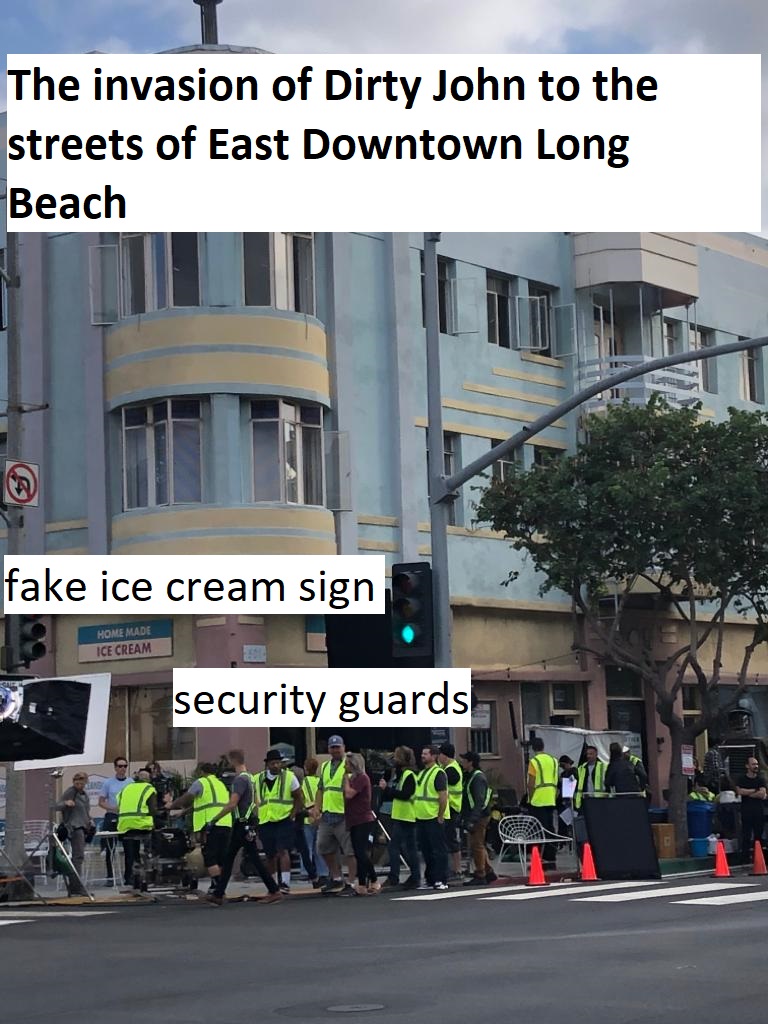 Over the past few days I’ve been forced to search for a parking spot blocks from where I live. Apparently, the TV series Dirty John came to town to film an  episode for their upcoming season on the Bravo channel. This is the story of one John Meehan, a handsome anesthesiologist who lies and deceives like a seasoned politician, through the eyes of those he scammed. 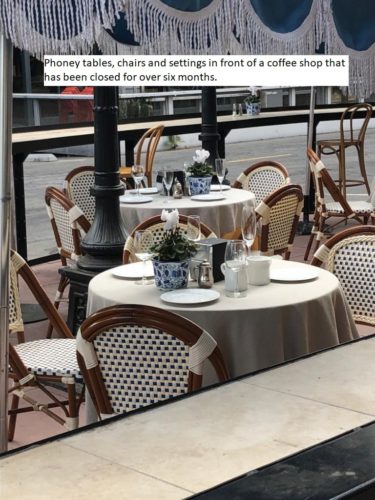 It’s the typical docublabla that Hollywood churns out like so much waste product that gets flushed down the throats of American audiences year after year in order to keep the masses entertained by the seedier parts of society. There are thousands of stories, hundreds of TV pilots and dozens of series dumped on the viewing public to keep them amused and help them avoid their own empty lives going nowhere at the speed of light.

I just don’t understand why Tinseltown has to use MY name all the time. There are plenty of bad guys named Richard or Bill or Donald. What their fascination is with John I’ll never understand. Oh well.

So for the past few days 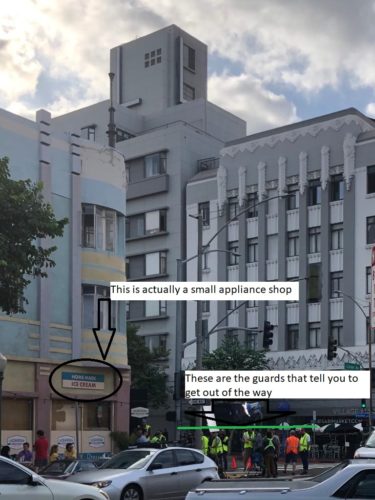 I’ve had to park way down the street and walk around all these security guards making sure that no one accidentally « wanders » into the scene of their made-up dramaland. As you can see, the Ice Cream shop is actually a small appliance store on the corner with its signs covered up and the pretty restaurant tables decked out with all the proper china is actually an abandoned coffee shop that has been vacant for the past six months.

Tower? This is Flight 123. We Have This Guy up Here Sitting on a Park Bench. Uh, Did I Mention That He Has a Gun?