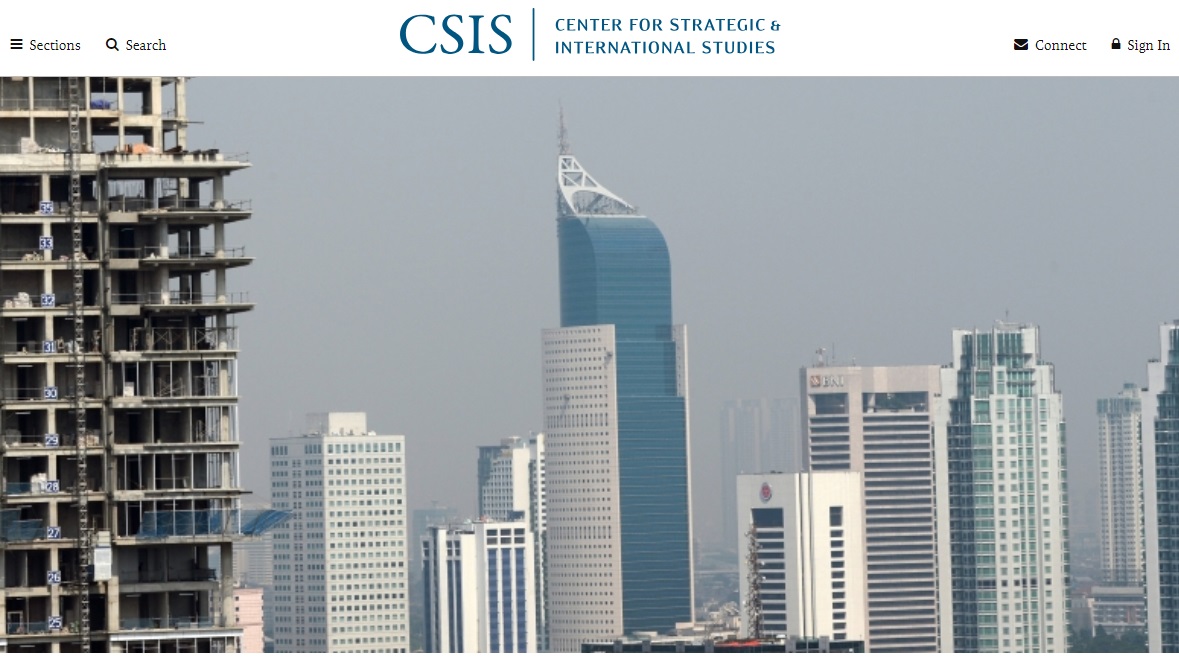 On October 23, the CSIS Southeast Asia Program will host a conference, Indonesia and the United States: 20 Years Post-Reformasi, which will explore themes outlined in this commentary.

2018 marks 20 years since Indonesia threw off decades of authoritarian rule in the wake of the Asian financial crisis and began a reform process ( reformasi) that has led to democratic consolidation in the world’s fourth most populous country. With its 2019 presidential election season fully underway, Indonesia’s vibrant, democratic political system will be on display for the world over the next six months, until election day on April 19.

Indonesia has undergone an extraordinary journey over the past 20 years. It is now largely at peace internally despite deep challenges to its territorial integrity early in the reform process. Its economy continues to grow steadily with tens of millions of people entering the middle class. Internationally, Indonesia has regained its natural place of prominence in Southeast Asia and is a player on the global stage.

Yet for anyone who follows Indonesia’s development, the country also often frustrates, failing to meet its nearly limitless potential. Corruption continues to infest politics and everyday life, with the result being impeded economic growth and persistent social inequality. Protectionism hampers foreign investment and trade relations, despite the obvious attraction of the Indonesian market. The education system underperforms despite considerable resources dedicated to it. Indonesia’s well-deserved reputation for tolerance and moderation appears to be fraying.

However, if one takes a step back, many trendlines remain strong, making it nearly inevitable that Indonesia will be a major player on the global stage in the coming decades. Buoyed by strong demographics and its location in the world’s most dynamic regional economy, Indonesia will become one of the world’s biggest economies in the coming decades, with PricewaterhouseCoopers recently projecting Indonesia to be the world’s fifth largest economy in 2030 based on purchasing power parity.

Indonesia’s geography also makes Indonesia’s future salience inescapable. As the United States and other countries coalesce around the concept of the Indo-Pacific region as the framework for thinking about this century’s most consequential region, Indonesia sits at its nexus. Indonesia—under President Joko Widodo’s push to enhance domestic connectivity—is positioning itself to take advantage of its natural geographic advantages better, although challenges remain numerous.

Furthermore, as it drives the Association of Southeast Asian Nation (ASEAN) to chart the rules and norms that will govern the Indo-Pacific, Indonesia is in a position to be a rule-maker in this emerging order. Coupled with the heft of being ASEAN’s largest country, the Indo-Pacific’s third largest, and the world’s fourth largest, Indonesia’s geography and demography appear to be destiny.

Finally, Indonesia’s democratic consolidation over the past 20 years makes Indonesia an important example for other countries in light of regional and global democratic backsliding. Indonesia’s ongoing presidential election campaign will no doubt be ugly: identity politics and nationalism will likely to be used extensively, in addition to the debate over the state of the economy. Yet, the election will presumptively be free and fair. And while polling suggests that Indonesians might not always like their politicians, they appear to be sold on democracy as the best system of government.

Indonesia and the United States

Indonesia and the United States have also come a long way over the past 20 years, despite setbacks along the way, beginning with sanctions as a result of human rights abuses in Timor in 1999.

Despite our geographic distance, the United States and Indonesia are natural partners. We are large, diverse democracies. We both seek a more equitable and rules-based international order in the Indo-Pacific region. With shores each spanning two oceans, our countries are imbued with a deep maritime heritage and culture that shape our approaches to the world.

Yet, despite having many common interests and high-level efforts to push the relationship forward, U.S.-Indonesia relations are far from meeting their potential. Bilateral economic interaction is limited compared to the size of our economies. Official interaction is often bureaucratic and rarely strategic. And people-people interaction is minuscule considering that Indonesia and the United States are the third- and fourth-most-populated countries in the world.

Next year’s presidential inauguration and the formation of a new cabinet—either in a second Jokowi administration or under his opponent Prabowo Subianto—will provide an opportunity to chart a course for a deeper and stronger U.S.-Indonesia partnership. To do so, an early visit to Washington to meet President Trump in the White House would be a good start, something President Jokowi has yet to do.

In the meantime, the United States should focus on what Indonesia is focused on—its presidential election, which should be held up as a strong example that democracy can work even in the world’s most complex societies.

Brian Harding is a fellow and deputy director with the Southeast Asia Program at the Center for Strategic and International Studies in Washington, D.C.

Commentary is produced by the Center for Strategic and International Studies (CSIS), a private, tax-exempt institution focusing on international public policy issues. Its research is nonpartisan and nonproprietary. CSIS does not take specific policy positions. Accordingly, all views, positions, and conclusions expressed in this publication should be understood to be solely those of the author(s).

© 2018 by the Center for Strategic and International Studies. All rights reserved

Beware of Items Manufactured in October

French city of Dunkirk tests out free transport – and it works