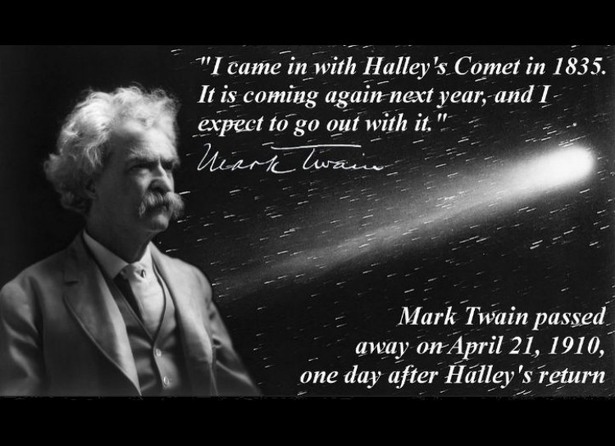 Mark Twain predicted the day that he would die. He was born in 1835 when Halley’s Comet made its appearance. Mark Twain stated: “I came in with Hailey’s Comet in 1835. It is coming again next year, and I expect go out with it.” Mark Twain died in 1910 on the day of the next appearance of Halley’s Comet.

Famous Spanish Songs and their parodies