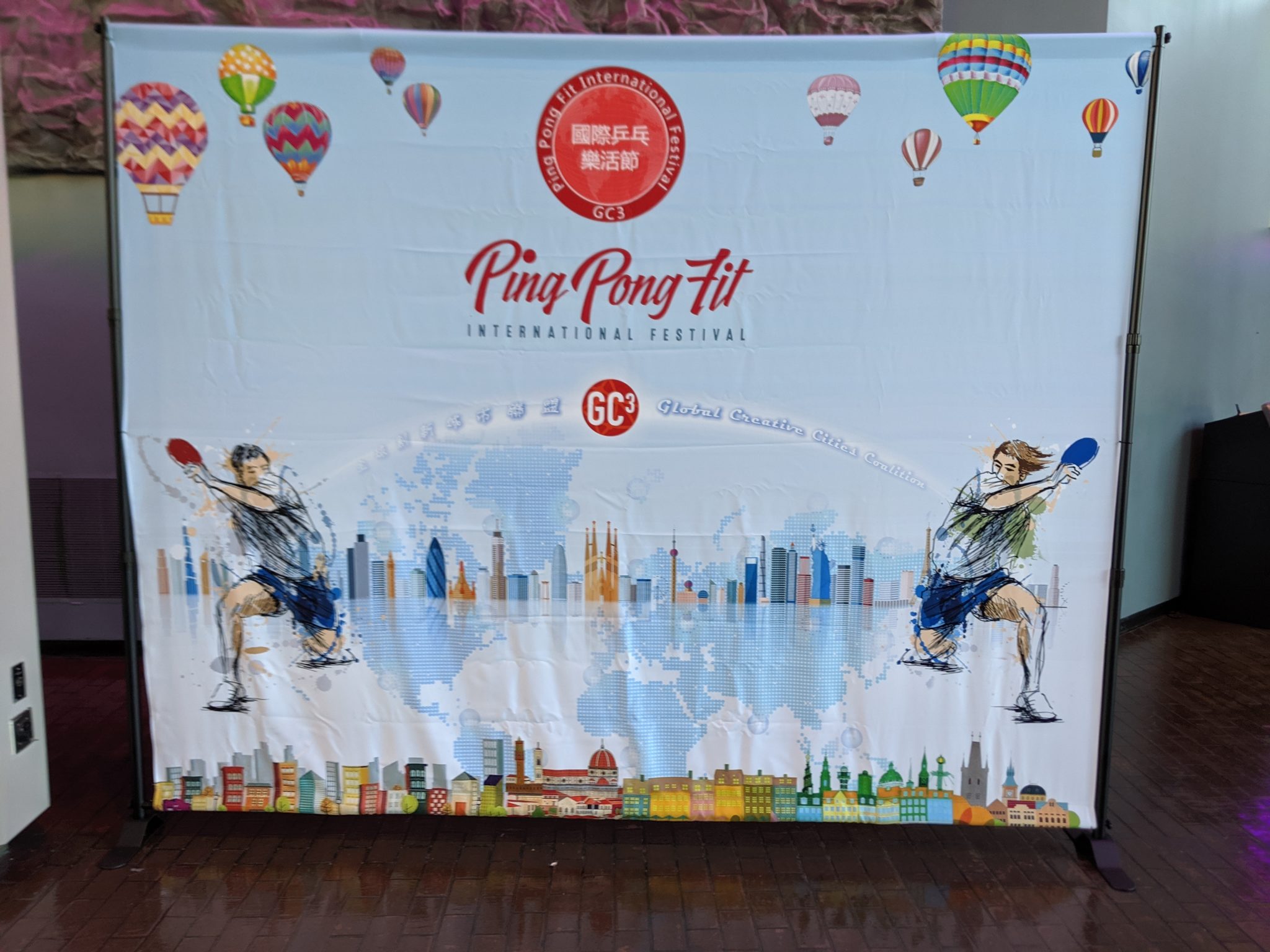 The LA Open Table Tennis Tournament kicked off its move to Long Beach — and its partnership with the Ping Pong Fit International Festival – Saturday, Aug. 31 at the Long Beach Convention Center. The tournament, hosted for the past eight years at a Rosemead badminton club, woos players from all over the world to compete in 23 different skill and age divisions. The tournament, in the center’s Exhibit Hall C, will continue on Sunday with the semifinal and final rounds. This year, the tournament is the star attraction of the city’s first Ping Pong Fit International Festival. Organizers hope that will lead to ping pong tables all over Long Beach and a designation as the first Ping Pong Friendly City, Barry Sedlik, CEO of festival presenter Global Creative Cities Coalition (GC3), said before the event’s debut. 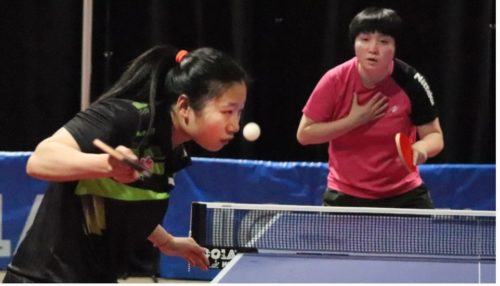 At first, I thought that there were a lot of participants from California because almost every name had the code “(CA)” after it. Then I started looking at the names. It didn’t take me long to realize that “CA” didn’t stand for “California,” but “China.” Long Beach, with its strong ties to China through the long legacy of the Long Beach-Qingdao sister city group, is the perfect place to launch that effort, Sedlik said. e added that he had been encouraged by preliminary talks with the city and leaders of the local YMCA and Boys & Girls Clubs. GC3 and their partners are working with the city, aiming to place ping pong tables at parks and other public venues throughout the city.

“Moving to Long Beach has been an upgrade for us and we are very happy to be here,” said LA Open vice chairman George Chou on Saturday. Chou, 72, is one of those folks in love with the sport. He’s played table tennis since he was a boy growing up in Wuhan, China and later in Taiwan. “Some friends of mine and I got together nine years ago and said let’s do a ping pong tournament. The first tournament was a big success in 2011 so we just kept doing it,” said Chou, who moved to the U.S. in 1983. “It started with about 200 players — and we have more than 430 players this year”

Men’s Open Division top-seed Eugene Wang, who resides in Toronto but grew up in Shi Jia Zhuang, China, has won three U.S. Open Championships and one LA Open championship in singles. Wang competed for Canada in the 2012 and 2016 Olympics. “When I was young my mom brought me to her company and there was a table and I just started playing it and I liked it,” Wang said. “This is a really nice tournament and that’s why I’m here every year. Who wouldn’t want to go to California?”

One of the top U.S.-born players competing is Timothy Wang, 32, of Houston, a veteran of the U.S. Olympic team. “It was truly a humbling experience when you walk into the Olympic Village,” he said Saturday, “and you’re sitting next to Michael Phelps and Lebron James. My mom started putting me on the ping-pong table when I was 5,” said Wang. “It has been a family sport for us. I have two older brothers and this gave us something to do as a family.”

The sport appeals to players of all ages, so LA Open boasts multiple youth divisions. Bosman Botha, 11, of Los Altos Hills, competed in both the under-12 and 14-15-year-old division this weekend. “It’s been an OK day,” he said. “I won the round-robin in the under-12 division and lost in the quarterfinals of the 14-15 division. After each match I look at it and see what worked and what didn’t and try to learn from it,” Bosman said.

“I train every day and take it seriously, but I still have fun,” he added. “My family members liked to play it. At first I would lose every match, but now my dad hasn’t beaten me in two years. I like that.” The festival and the tournament continue in tandem Sunday.

The festival is free – doors open at 9 a.m. Admission to the tournament is an additional price; tickets can be purchased at the door. For more information, log on tolaopentt.com. The highest level championship (Open Division) finals will begin at approximately 3 p.m. The Open Division Doubles Finals come first, then the Open Division Women and Men’s semifinals at 5 p.m., followed by the finals around 6 p.m.