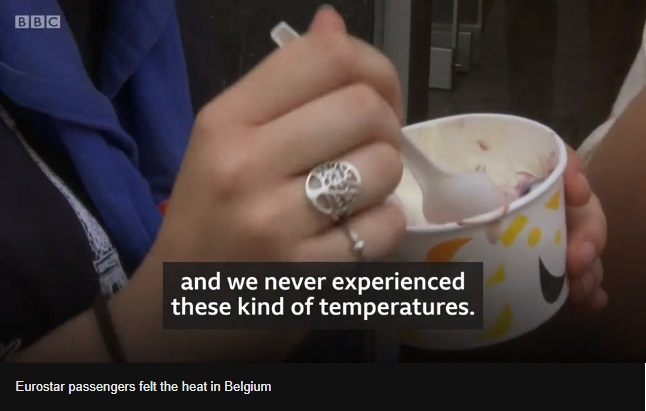 Belgium, Germany and the Netherlands have recorded their highest ever temperatures, in a heatwave searing Western Europe.

The southern Dutch city of Eindhoven beat the 75-year-old national record, with a new high of 39.3C.

Germany’s weather service said a new record of 40.5C – just 0.2C higher – had been set in Geilenkirchen, near the Belgian and Dutch borders.

The new German record was still to be confirmed, it said, warning that it could get even hotter on Thursday.

Beatnik’s Pad – The Commercialization of War