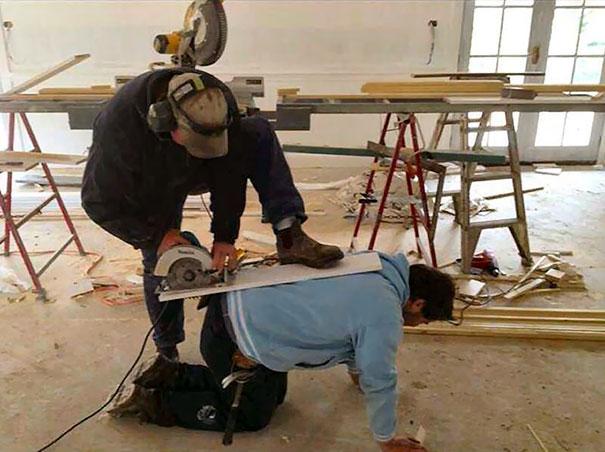 The road to achieving excellent flawless writing skills is long and arduous.

But you can learn to follow the fundamental basics of English in your daily use of it. The simple application of basic grammar and spelling are becoming more the exception than the rule, but it doesn’t mean the incorrect way of doing it is ever EVER correct.

19 Common Errors in the English Language You Must Avoid

So, without further ado, let’s talk about errors in the English language that you should avoid. I implore you to remember these 19 Significant and Simple rules every time you put pen to paper or finger to keyboard:

its = a possessive pronoun. Examples would be: The puppy played with its toy. The computer and its power supply are for sale. Do you know whether my car needs its own inspection?

it’s = contraction of it is. Examples would be: It’s much too hot in July. I think it’s going to rain. I doubt it’s ever going to be the same.

Easy reminder: You can replace it’s with it is every time and re-read your sentence for meaning.

there =an adverb, in or at that place. There is only one lemon left. There should be an easier way to do this. I hope you don’t go there.

their=a possessive pronoun. Their mansion is beautiful. Their olive trees make me dream of Italy. Their baby cries a lot.

they’re=contraction of they are. They’re simply stunning. They’re going to perform for us. Don’t act as if they’re here already!

Easy reminder: You can replace they’re with they are every time and re-read your sentence for meaning.

lose = a verb, to come to be without something; to suffer the loss of something. I do not wish to lose more weight. I was about to lose my ear ring. She cannot stand the thought of losing him.

loose=an adjective, free or released from attachment; not bound together; not strict. My belt is very loose around my waist. She likes to wear her hair loose and free. That is a loose interpretation of our document.

Easy reminder= Lose has come to be without its extra “o”!!!

whose= possessive form of who. Whose plans are these? Whose money did he take? Do you know whose boat we saw the other day?
who’s= a contraction for who is. Who’s going to clean all this mess? She was wondering who’s going to dance with her. Do we need to tell them who’s going to be there?

Easy reminder: You can replace who’s with who is every time and see if it makes sense.

your=possessive pronoun. Your job is very exciting. I wish I were in your shoes. Did you tell me your secret yet?
you’re=contraction for you are. You’re going to amaze them with your performance. I want you to know how much you’re delivering for us. Perhaps you’re about to get started?

Easy reminder: You can replace you’re with you are every time and see if it makes sense.

write=verb, to express in writing. I want to learn how to write well. Did you write this? Write a letter to Mom
right=adjective, correct, justified, suitable, opposite of left. The little boy knew right versus wrong. It’s the right way to do things. I meant to write this for you right away.

The best explanation for this rule is here; nonetheless here is a simple explanation:

I am rather pleased to learn that my favorite phrase, “it is she “, upon answering the phone has formal correctness on its side but is rather antiquated

effect=noun, produced by a cause; a result. The effect of your leadership is visible here. The rules are in effect as of today. What if the change has no effect?

affect=verb, to act on; to produce a chance. She affected all of us with her speech. The cold weather affected my plants last night. I let the movie affect me deeply.

accept=verb, to take or receive. I accept the challenge. They accepted the generous gift. Why not accept our flaws and still love ourselves?
except=preposition, excluding, save, but. So, it will never follow a subject such as I, they, we.

Everyone except me decided to go. Do anything you can to please her except calling her. Except for her attitude, I think she is ideal.

Correct: I went to the store. I should have gone to the open market instead.
Incorrect: I should’ve went somewhere!

The most common error is to put apostrophe where apostrophe has no business. When you form a plural for nouns, there is no need whatsoever to add an apostrophe.

These are all wrong forms of plural nouns = Cat’s, Dog’s, Lot’s (not even a word), ABC’s,
Plural forms in most cases are made by simply adding an ‘s’ to the singular form = Cats, Dogs, lots, ABCs.

Even though the use of apostrophe before an S in an acronym is almost universal when you make it plural, it is still incorrect.

It has also become common to use prepositions inappropriately or to end phrases and questions with prepositions.
Examples of some prepositions: at, of, with, in.

When asking about the location of a place, “at” should not be used after “where.”

Note: Don’t confuse phrasal verbs which make up a huge category in English language and are best described here. For instance, a preposition always is used in the phrase “to hang out” (where did you want to hang out?) and the verb wouldn’t make sense without this preposition.

The dangling participle can seriously change the flow and meaning of your writing. It is important to make sure we qualify the intended words.

This is very simple. I’m afraid “could of” is not even a phrase. It is often misused perhaps because it is phonetically so close to “could have”
I wonder if I could have majored in English.

here=adverb, in this place; in this spot. I am here and planning to stay. I wish you were here. It is here in this place that we met.
hear=verb, to be within earshot; to perceive by ear. I hear you. We do not want to hear the policies one more time. If only she heard what he had to say!

Easy reminder: Here is There with a preceding T and the two are almost opposites so think of them in a pair.

This is very simple also. I’m afraid “irregardless” has never and will never be a valid word. It is completely made up. It’s not going to join the ranks of words regardless of what we do!

then=adverb, at the time; immediately or soon afterward. I will eat; then I will go. He shall see you then. If you want to be there by then, you had better hurry.
than=used after comparative adjectives. He is taller than she is. I wonder how much more than this I can pay. Will you please speak louder than them?

to=preposition. If you want me to do this, I will. You should be prepared to go.
too=adverb, also. They want to perform too. She too has one. So, will they see you too?
two=noun, one plus one. I want you two to decide amongst yourselves. If only the two of them could see you. How long before you two grow up?

were=past tense of verb to be. If I were a rich girl, I would live in Italy. You were happier then. I think they were going to stay.
where=adverb, in or at what place. Where were you last night? Where can we go from here? Where in this world did my dog disappear?
we’re=contraction of we are. We’re going to be famous. We’re not there yet. We’re about to make a huge difference.

The Angry Flower take on Errors in the English Language

If you think me harsh, let Bob’s Angry Flower tell it to you straight:

Well, my friends, this is by no means a comprehensive list. This is just a list of most common errors which I see and find easiest to avoid. Writing and learning has never been easier. We are a click away from a dictionary or thesaurus and all other English language resources all over the web. I think as humans, we all err at some point or another. The goal is not to become infallible. The goal is to become aware and conscious of how we use the English language and to strive to be the absolute best we can be.

In my parting thoughts, I leave you with 8 quick suggestions that can help you avoid these terrible pitfalls:

Differences between French and Spanish