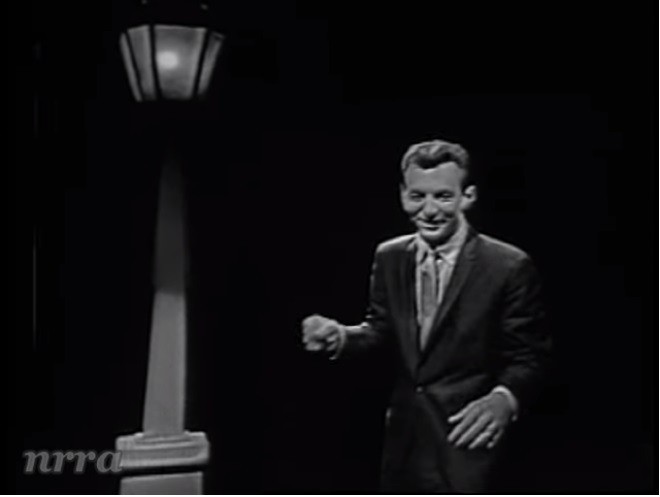 Bertolt Brecht wasn’t much of a singer, but he could really roll his « r »s. This rare recording of the socialist playwright singing « Mack the Knife » was made in May of 1929, less than a year after the smash-hit premiere of The Threepenny Opera.

The song, called in German « Die Moritat von Mackie Messer, » was written in a rush only a few days before the August 31, 1928 Berlin premiere, after the actor who played Macheath complained that his entrance wasn’t grand enough. Brecht wrote the words overnight and asked his collaborator, the composer Kurt Weill, to set them to music. The song is modeled after the Moritat (from « mord » meaning murder and « tat » meaning deed), a kind of medieval ballad traditionally sung by traveling minstrels recounting the crimes of notorious murderers. An English translation begins:

See the shark with teeth like razors.
All can read his open face.
And Macheath has got a knife, but
Not in such an obvious place.

See the shark, how red his fins are
As he slashes at his prey.
Mack the Knife wears white kid gloves which
Give the minimum away.

Brecht’s gritty 1929 recording of the song is consistent with the ragged aesthetic of the original production of The Threepenny Opera, with its intentionally threadbare sets and its cast of actors who were not accomplished singers. Although Weill was the one who wrote the score, Brecht personally enjoyed playing music. The actress Lotte Lenya, who played Jenny in the original production, remembered how Brecht would strum his guitar and sing ballads « amateurishly but with an odd magnetism. » Besides « Mack the Knife, » there is also a recording from the same 1929 session of Brecht singing a lesser-known piece from The Threepenny Opera, « Song of the Insufficiency of Human Endeavor. » You can listen to that one by clicking here.

First, the original by Bertolt Brecht in 1929

Next, the version from the lady who sang it, Lotte Lenya.

Tower? This is Flight 123. We Have This Guy up Here Sitting on a Park Bench. Uh, Did I Mention That He Has a Gun?