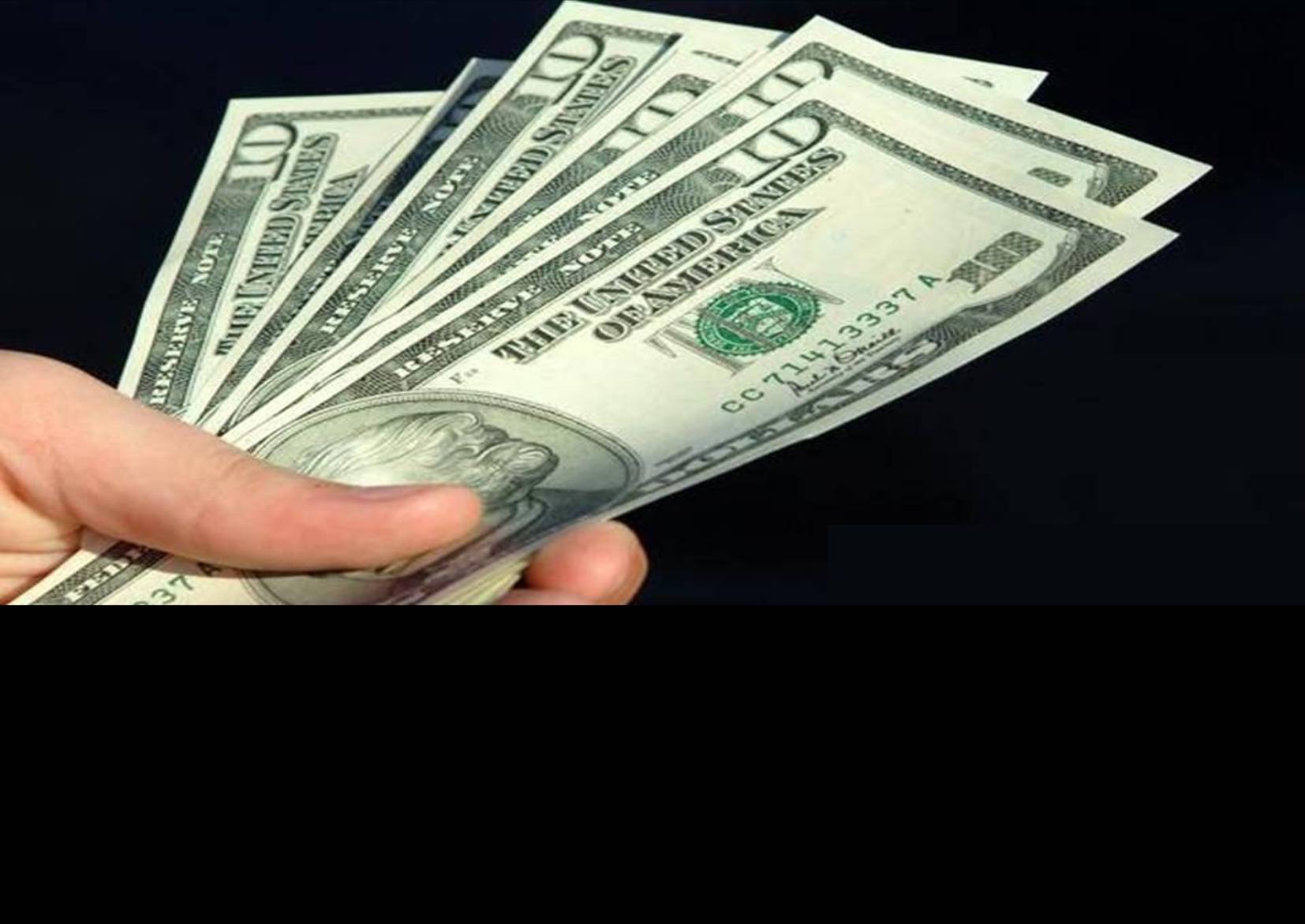 By 1944, nearly all of the world’s major industrialized nations were lying in heaps of rubble with but a few production hubs cranking out armament and little else. It was under this backdrop that the financial leaders from the major allied countries met at Brenton Woods in New Hampshire. Even the Soviet Union attended, though it was probably a forgone conclusion that any resultant agreement would not meet with their governmental standards of state run everything.

What finally emerged from that meeting was nothing short of earth-shattering. It was decided for the first time in the history of the world that one currency would rule over all others. Gone were the empire centers of India, East Asia, and Africa where the colonies of European dominion were required to use their master’s currency exclusively. After the wholesale destruction of Europe, those rules could no longer aptly apply.

Enter the US dollar. The world’s largest economy was also the only major industrialized country that had been virtually unaffected by the global carnage of the previous five years. It alone could retool its industries and produce the goods the others needed to rebuild. Thus, it was decided that the US dollar would be pegged to the agreed-to price of gold ($35) with all other currencies pegged to the dollar. In this way, other countries could as for gold in exchange if they felt that they didn’t need dollars.

The next few decades saw tremendous growth in these same countries and a worldwide economic boom that was to rival the best of antiquity. The US became a super juggernaut that clearly dominated everyone else on almost every front. American industry became the proverbial Midas with the word « golden » seemingly stamped on almost anything they made. Of course, not only did the world need US Dollars to buy US goods, but to also buy each other’s goods. If, for example, Saudi Arabia wanted coffee beans from Brazil, they’d pay Brazil in US Dollars. If France wanted beef from Argentina, they’d use US Dollars.

This meant that nations needed to produce goods and services and sell them in US Dollars to other countries before they could spend those dollars to purchase the goods and services they needed. But, while the rest of the world needed US dollars to buy anything from anybody, the US only needed a printing press, paper and some ink. We could print dollars all day long and they were just as valid as the dollars everyone else needed. Gold was seen by the Bretton Woods Agreement as a check so that the US never went nutsoid with its printing.

One unexpected consequence of all this began surfacing by the late 1950s. The idea that the US could print money freely to use at its discretion bothered world leaders. Many countries had become oversaturated with US Dollars and started asking for the « other currency » instead, e.g. gold. In 1957, the US owned over 20,000 tons of gold, by far the greatest amount of any country ever.   By 1971, that amount had dwindled to below 9,000 tons.

One of the most vocal critics was French President De Gaulle of France who railed against this concept of free money. By 1965, President de Gaulle had had enough of this special preference given the US Dollar and spoke out.

According to Wikipedia, « by the early 1970s, as the costs of the Vietnam War and increased domestic spending accelerated inflation, the U.S. was running a balance-of-payments deficit and a trade deficit, the first in the 20th century. By 1971, the money supply had increased by 10%. In the first six months of 1971, $22 billion in assets left the U.S. In May 1971, inflation-wary West Germany was the first member country to unilaterally leave the Bretton Woods system — unwilling to devalue the Deutsche Mark in order to prop up the dollar.

“Due to the excess printed dollars, and the negative U.S. trade balance, other nations began demanding fulfillment of America’s « promise to pay » — that is, the redemption of their dollars for gold. Switzerland redeemed $50 million of paper for gold in July. France, in particular, repeatedly made aggressive demands, and acquired $191 million in gold, further depleting the gold reserves of the U.S. »

So, in August, 1971, Nixon opted for a formal divorce between Mr. Dollar and Mrs. Gold. The Nixon Shock, a three-day bank closure where Nixon annulled any connection between the two, solved America’s gold exodus problem. But hey, the US dollar was still the world’s currency, right? It was still being used in most international transactions. Everyone in the world still needed the US dollar and all the US needed was a printing press, paper and some ink. Free money, even better than before.

And what did we use this new, incredibly special privilege on? How did we take advantage of this unique position heretofore unprecedented in the annals of world history? How did the US spend its free money?

Did we build incredible, modern architectural marvels for the benefit of mankind around the world? A little.

Did we push technology to its limit and beyond for the benefit of all countries? There’s some evidence of that.

Did we start many illegal wars killing millions of people and destroying entire national economies? Absolutely.

Did we create a Military Industrial Complex that annually spends almost the same amount of money as the rest of the world combined on weapons of mass destruction? Yep.

After decades of propping up the biggest welfare nation on the planet (the USA) and allowing it to interfere around the world unchecked and unabated, the rest of the world has decided to move on and leave the US in the history books as just the latest empire that failed.

We have given trillions of tax dollars to other countries over the past few years in an effort to continue the era of free money, but the rest of the world is tiring of our hegemonic foreign policy and misuse of power.   China is now creating trading partners that promise to use their currency, the Renminbi. Its One Belt, One Road Initiative is forging new alliances in the rest of Asia, Africa and South America. The European Union, with all its problems, is completely refusing to even entertain the concept of using US dollars in future transactions between its nations.

Now, we have a president who wants to fight the world over trading rules while completely ignoring the fact that we are essentially paying next to nothing for their products already. As The Week pointed out in its article, Dethroning the Dollar, from March of 2018, “…one reason America runs persistent trade deficits is that the U.S. dollar is in high demand. This drives up the value of our currency, making our exports more expensive. And one reason the U.S. dollar is in high demand is that it serves as the world’s premiere reserve currency. So to get the sort of trade relationships Trump wants, the U.S. dollar might have to be kicked from its throne.

“How could that happen?” https://theweek.com/articles/759509/dethroning-dollar

Quartz’ article, The Dollar Days as the World’s Most Important Currency Are Numbered, published on December 11, 2017, states, “… it is the second half of the 20th century that is the anomaly, when an absence of alternatives allowed the dollar to come closer to monopolizing this international currency role,” according to a Princeton book, How Global Currencies Work, Past, Present and Future published that same month. When asked by Quartz what would happen if the US Treasury Bonds lost their stature as a safe haven for money, the author of the book, Barry Eichengreen, said that it would lead to a liquidity shortage around the world, a dire situation.

He went on to say, “If you’d asked me two years ago, I would have attached quite a low probability to that happening. But I think with Trump’s election we have had to consider more seriously the tail events that we might otherwise have neglected.…. if there is some kind of policy shock, which could be financial, or it could be the failure of the US Congress to raise the debt ceiling, or it could be a trade war, then I think it’s possible to imagine things suddenly changing.”

Pretty soon, the US will be forced to trade in currencies other than the US dollar and, as such, will have to actually produce sellable products in large quantities in order to procure said money. When this happens, the American economy will go into hypershock and will be finally forced into budgetary constraints that can’t simply resolve themselves with a magical increase in our debt ceiling. No more free wars. No more government subsidies of major exporting industries that destroy markets in other countries.

This means no more Military Industrial Complex making armament we’ll never use for armies we’ll never have. No more American « aid » in the form of MIC subsidies to foreign countries on the shoulders of the American taxpayer, in order to pay for their costly and deadly products in the hands of tinpot dictators who are nothing more than American puppets. No more one-sided trade agreements that allow the US to rape and pillage other economies while subsidizing America‘s own bloated industries.

South Americans are already hep to this concept and have started their own bank, Banco del Sur, and internal market, Mercosur. There are loads of talks between African states and China. And the continuing wars in Iraq and Afghanistan, with their corresponding billions of dollars of hidden lost funds, will become too costly to hide. What do we do with illegal wars after they become too expensive to ignore?

The US Dollar is arriving at its universal end. The world is tired of refinancing America’s hegemonic foreign policy. They have had enough of our desire to intervene in the internal affairs of other nations. They have already mapped a course out of Dollarville and will soon leave the US Dollar to flounder under its own bloated weight.

That world seems to be right around the corner.